Getting Ready for #NaNoWriMo and #PiBoIdMo 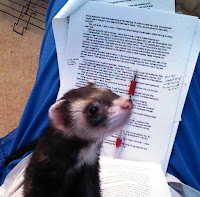 During National Novel Writing Month (NaNoWriMo), thousands of people work on writing a rough draft of a novel in a month of November. For those of you who write for younger children, November is also Picture Book Idea Month (PiBoIdMo). There the goal is to come up with a new picture book idea every day. These challenges may sound intimidating, but they are widely popular.

Why? Well, taking on an intensive challenge for a month has several advantages. The most obvious is that it very quickly gives you material to develop. You can get a jump start on a new novel, or brainstorm a few dozen picture books ideas to pursue (though not all will be worth developing). 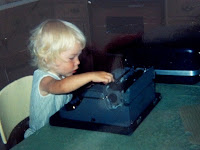 The time pressure forces you to put aside your editor and critic hats and instead focus on getting words on paper. This helps some people avoid the insecurity that can come with starting a new project, or the temptation to endlessly edit the first few chapters instead of moving forward. For picture book writers, having a lot of new ideas allows you to choose the best one, so you don’t waste time on a mediocre idea.

It encourages you to schedule writing time – plenty of it, every week. It’s easier to give up TV, reading, and other hobbies for a single month. It’s also easier to get family members to adjust their schedule to yours if you are requesting a favor for a month, not forever. (You may even discover that your family, and the world, can function with less of your attention than you thought. Even if you can’t devote the same amount of time to writing after November, maybe you can carve out some time every week.)

Finally, both challenges have a strong sense of community. You can network with other writers, encourage each other, and find inspiring blog posts or helpful tips to keep you moving for your project.

If you want to be ready to write a novel in November, it’s best to start brainstorming and planning in advance. My next few posts will discuss finding and developing ideas. In November I'll have a couple of posts on PiBoIdMo. For NaNo writers, you can bookmark this site and stop by to check out the writing tips on everything from developing characters to building to a strong climax. (Scroll down to see the labels on the right-hand side.) Then check back in March for editing tips during National Novel Editing Month (NaNoEdMo).

The following is excerpted from You Can Write for Children: How to Write Great Stories, Articles, and Books for Kids and Teenagers. The book is available for the Kindle, in paperback, or in Large Print paperback. That book and Advanced Plotting will provide lots of help as you write and edit. Ideas are everywhere, including in our own lives. Of course, even the most exciting events may lack important story qualities such as character growth and strong plots. (Those qualities are covered in detail in You Can Write for Children.) Still, personal and family experiences can provide the raw material to be molded into publishable stories and articles.

Amy Houts wrote Down on the Farm, about a girl on a farm vacation who wants to ride a horse but must do chores first. Houts was inspired by her own experiences, though not by a specific episode. “I was one of those horse-crazy girls,” she says. “I knew how a girl could long to ride a horse.”

Sometimes the smallest nugget can inspire a story. Susan Uhlig says, “My teen daughters and friends went on a mission trip to do a building project. The man overseeing the project was disappointed that there were no boys. I played the writer game of ‘what if?’ What if the man wouldn’t let the team stay because they were all girls? That developed into a short story very easily – what he would say, my main character girl would do, how the problem would be solved, etc.” The story sold to Brio.

Personally, I sold a story to Highlights based on the experience of finding frogs all over my neighborhood after a rainstorm. They also bought a historical story about the Mayan ballgame. That story, and my Mayan historical novel The Well of Sacrifice, were inspired by visiting Mayan ruins in Mexico and Central America. 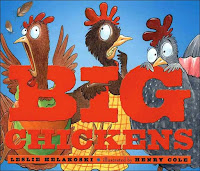 Sometimes real life translates well into fiction – though a twist may make it more fun for children. Leslie Helakoski says, “My picture book, Big Chickens, is about all the things I was afraid of when young and I’d go into the woods with my brothers and sisters. I just turned us all into chickens and played with the language.”

Caroline Hatton drew on school and home memories of growing up in Paris for her middle-grade novel, Véro and Philippe. Yet she did not simply write a memoir. “I wanted to write about a pet snail because I kept one in a shoebox in my family’s apartment in Paris. But in my real life, my big brother left me and my pet snail alone – not much of a story, is it? So in the book, I made the brother threaten to eat the snail, as escargot.”

Characters and outcomes may also change, Hatton points out. “My brother rigged a thing to scare me in the middle of the night. But in the book, I swapped roles, and it’s the little sister who does it to her big brother. Sharing this with kids makes them howl with the pleasure of revenge.”

Houts adds, “Most of the time I have to twist the reality of an experience so my story can include all the elements of good storytelling: a contrast of characters; a goal the main character strongly desires to reach; and believable obstacles the main character needs to overcome to reach her goal. Time needs to be cut down to a day or two [for a picture book]. That condenses the action and makes the story more focused.”

Author Renee Heiss says, “Use your life story as the skeleton, and then flesh it out with period details, colorful dialogue, and tons of sensory imagery to place your young readers into the time period and setting. It’s not enough to tell what happened; you must show your readers your story and immerse them into your life as if they were a sibling growing up with you.”

Asking friends and family members to share stories can provide ideas, while allowing you to turn the story into your own creation. Uhlig didn’t witness the mission trip firsthand. “That freed me up to create problem, action, dialogue, etc. without being stuck on what really happened,” she says.

You can “borrow” stories from history and the news as well. I found an interesting tidbit in a history of Washington State. A teenage boy had met bank robbers in the woods, and for some reason he told nobody about them. Why? This question, and my imagined answers to it, became my YA survival suspense Bandits Peak.

AdvancedPlotting is available in print or ebook at Amazon and Barnes & Noble, or in various ebook formats at Smashwords.