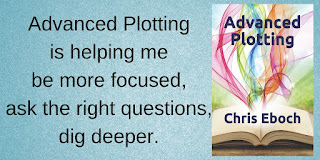 Here’s part three of How to Write Vivid Scenes from Advanced Plotting.

One of the ironies of writing fiction is that fiction has to be more realistic than real life. In real life, things often seem to happen for no reason. In fiction, that comes across as unbelievable. We expect stories to follow a logical pattern, where a clear action causes a reasonable reaction. In other words, cause and effect.

The late Jack M. Bickham explored this pattern in Scene & Structure, from Writer’s Digest Books. He noted that every cause should have an effect, and vice versa. This goes beyond the major plot action and includes a character’s internal reaction. When action is followed by action with no internal reaction, we don’t understand the character’s motives. At best, the action starts to feel flat and unimportant, because we are simply watching a character go through the motions without emotion. At worst, the character’s actions are unbelievable or confusing. 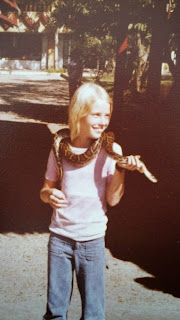 Something happens to your main character (the stimulus);
You show his emotional reaction, perhaps through dialog, an exclamation, gesture, expression, or physical sensation;
He thinks about the situation and makes a decision on what to do next;
Finally, he acts on that decision.

This lets us see clearly how and why a character is reacting. The sequence may take one sentence or several pages, so long as we see the character’s emotional and intellectual reaction, leading to a decision.

Bickham offered these suggestions for building strong scenes showing proper cause and effect:

The stimulus must be external — something that affects one of the five senses, such as action or dialog that could be seen or heard.

The response should also be partly external. In other words, after the character’s emotional response, she should say or do something. (Even deciding to say nothing leads to a reaction we can see, as the character turns away or stares at the stimulus or whatever.)

The response should immediately follow the stimulus. Wait too long and the reader will lose track of the original stimulus, or else wonder why the character waited five minutes before reacting. 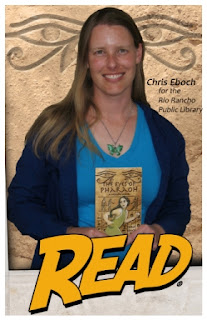 Be sure you word things in the proper order. If you show the reaction before the action, it’s confusing: “Lisa hurried toward the door, hearing pounding.” For a second or two, we don’t know why she’s hurrying toward the door. In fact, we get the impression that Lisa started for the door before she heard the pounding. Instead, place the stimulus first: “Pounding rattled the door. Lisa hurried toward it.”

Why is she waiting? Does she expect someone to just walk in, even though they are knocking? Is she afraid? Is this not her house? To clarify, include the reaction:

Knocking rattled the door. (Stimulus)
Lisa jumped. (Physical Reaction) It was after midnight and she wasn’t expecting anyone. Maybe it was a mistake. Maybe they’d go away. (Thoughts)
She waited, staring at the door. (Responsive Action)

Link your scenes together with scene questions and make sure you’re including all four parts of the scene — stimulus, reaction/emotion, thoughts, and action — and you’ll have vivid, believable scenes building a dramatic story.