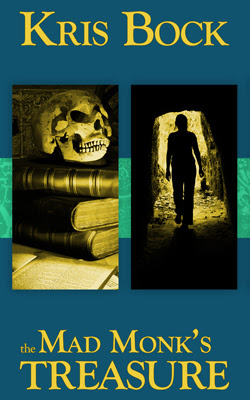 Did you get a new Kindle or an Amazon gift card recently? Time to fill up your device! Here’s an option for only $.99. (If you got a KDP Select membership, you’ll find many of my books there – free for you to read with your membership.)

The lost Victorio Peak treasure is the stuff of legends—a heretic Spanish priest’s gold mine, made richer by the spoils of bandits and an Apache raider. When Erin, a quiet history professor, uncovers a clue that may pinpoint the lost treasure cave, she prepares for adventure. But when a hit and run driver nearly kills her, she realizes she’s not the only one after the treasure. And is Drew, the handsome helicopter pilot who found her bleeding in a ditch, really a hero, or one of the enemy?

Erin isn’t sure she can trust Drew with her heart, but she’ll need his help to track down the treasure. She heads into the New Mexico wilderness with her brainy best friend Camie and a feisty orange cat. The wilderness holds its own dangers, from wild animals to sudden storms. Plus, the sinister men hunting Erin are determined to follow her all the way to the treasure, no matter where the twisted trail leads. Erin won’t give up an important historical find without a fight, but is she ready to risk her life—and her heart?

“The story has it all - action, romance, danger, intrigue, lost treasure, not to mention a sizzling relationship....”

“Well-written with an attention to detail that allowed me to picture exactly in my head how a scene looked and played out.”

Get it from Amazon now!

Kris Bock writes novels of suspense and romance with outdoor adventures and Southwestern landscapes. The Mad Monk’s Treasure follows the hunt for a long-lost treasure in the New Mexico desert. In The Dead Man’s Treasure, estranged relatives compete to reach a buried treasure by following a series of complex clues. In The Skeleton Canyon Treasure, sparks fly when reader favorites Camie and Tiger help a mysterious man track down his missing uncle. Whispers in the Dark features archaeology and intrigue among ancient Southwest ruins. What We Found is a mystery with strong romantic elements about a young woman who finds a murder victim in the woods. In Counterfeits, stolen Rembrandt paintings bring danger to a small New Mexico town.


Read excerpts at www.krisbock.com or visit her Amazon page. Sign up for Kris Bock newsletter for announcements of new books, sales, and more.
Posted by Kris Bock at 7:00 AM