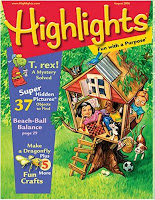 I’ve been talking about writing magazine nonfiction for young people (click the “writing for magazines” link in the labels list). This week covers advice on how to get started. The following is excerpted and adapted from You Can Write for Children: A Guide to Writing Great Stories, Articles, and Books for Kids and Teenagers.

While new writers often aim for the best-known magazines, it’s easier to break in at smaller specialty or regional publications. Highlights for Children may be found in homes, libraries, and doctor’s offices across the country, but because it’s so well known, the editors receive about 800 manuscript submissions every month. That’s a lot of competition.

Meanwhile, the lesser-known classroom magazine Current Health Kids only receives one or two submissions each month. Magazines with a narrow and unusual focus may have a hard time getting enough material, so when they find a good writer, they want to build that relationship. You’ll find thousands of specialty magazines listed in market guides. 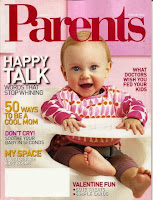 Even if your focus is writing for children, you might also consider writing for publications aimed at teachers, parents, librarians, or local families. Maybe a city or regional magazine would be interested in an article about a children’s museum or a great family vacation spot.

Or consider profiling local kids who are doing something interesting. Local or regional magazines can be open to newcomers. “I believe in giving new writers an opportunity to write for our publication,” says Susan M. Espinoza, Editor of enchantment. The magazine, published by the New Mexico Rural Electric Cooperative Association, is targeted at adults but sometimes profiles local young people. “It spices up the writing, and a new writer may have a new story idea we have never come across before.”

Just be prepared to work hard to get that first job. “Research the publication ahead of time,” Espinoza suggests. “What is the magazine’s target audience and focus? As a new writer, establish a relationship with the editor. Meet the editor’s deadlines. Don’t hesitate to ask the editor for feedback.”

What Are Your Strengths?

Consider your own interests, talents, and experiences, as Bobi Martin did. “When my daughter became interested in Junior Showmanship, a special class for young people at dog shows, I saw an opportunity to write an article for Dog World Magazine. I did my research and sold the article, happy just to have made a sale.”

Then the editor asked her to cover two kennel club shows a year for the magazine, which led to doing related feature articles and eventually to six years of writing a regular column for Junior Handlers. “Write about topics that matter to you,” Martin advises. “You can always research for more information, but if you don’t care about your topic, that will show in your writing.” 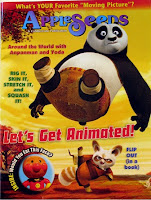 Was she incredibly lucky? Yes and no. A good way to build a magazine career is to cultivate long-term relationships with a few magazines. After you make that first sale, the door is open a little wider. At the Cobblestone magazines, Lusted says, “If someone has written for us just once or twice, they generally follow the same query process as everyone else, although the editor will definitely look at them more favorably because they’ve already written for us. They might also be more willing to give some feedback on a query or tweak it a little.”

Get in and Stay in

As the relationship develops, it typically gets even easier to make a sale. “Their queries might be slightly less detailed, and they won’t need to send a writing sample,” Lusted says.

Most editors are delighted to find writers who will take on regular assignments. Espinoza says, “You get to know the writing style of the writer, and know what type of stories to assign the writer. A regular writer knows what enchantment is about, who the readers are, so he or she knows what types of stories to pitch. Regular writers also understand your deadlines. We build a relationship over time.” 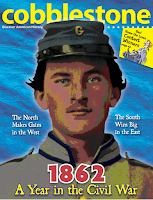 That can turn into steady work. At Cobblestone, some writers query for nearly every issue, and the editors may even ask these regulars to fill empty slots. “They know these people write well and will deliver a quality product on time,” Lusted says, “and there aren’t any unexpected nasty surprises when someone’s actual article doesn’t live up to their query. I can think of five or six writers for each of our magazines who are published in almost every issue, and some have even ended up doing regular departments. However, to get to this point, a writer has to be willing to write on any topic that the editor gives them.”

To build a magazine career, the path is clear: find your passion, explore a niche, target specialty magazines, and develop long-term relationships with editors.

And if you still dream of being featured in a well-known magazine? You can submit work there as well. But looking at less competitive magazines can help you build your skills, get some writing credits, and maybe even earn a few dollars.

Stop by next Wednesday for advice on writing nonfiction books– or subscribe to get posts automatically and never miss a post. You can use the Subscribe or Follow by E-Mail buttons to the right, or add http://chriseboch.blogspot.com/ to Feedly or another reader.

You can get the extended version of this essay, and a lot more, in You Can Write for Children: A Guide to Writing Great Stories, Articles, and Books for Kids and Teenagers. Order for Kindle, in paperback, or in Large Print paperback.

Sign up for Chris’s Workshop Newsletter for classes and critique offers
Posted by Kris Bock at 6:00 AM

Email ThisBlogThis!Share to TwitterShare to FacebookShare to Pinterest
Labels: nonfiction, writing for magazines