Writing the Male Point of View, with Chris Redding

Today's guest is romantic suspense author Chris Redding. In any of the romance subgenres, male-female relationships are important. But creating realistic male characters is important for all forms of writing. (I've heard editors and agents say that children's or teen books written by women often have unrealistic boy characters.) Here's Chris to explore communication differences between men and women:

This is an excerpt from my lecture on Communication in my workshop: Show Up Naked: Writing the Male Point of View. 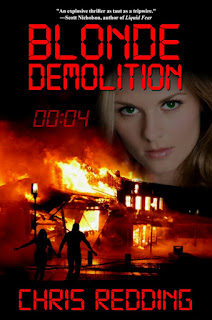 Men are lecturers. They are used to giving out information and expecting people (especially women) to listen to what they have to say. Ever been with a guy who just went on and on? He has no idea that you lost interest about five minutes ago.
He’s lecturing. He assumes that because you are quiet that you are interested.
Imagine your hero begin to do this and your strong heroine getting up in his face about it. Conflict!
Often, even if the woman adds something to the conversation, the man does not pick up on those facts. He will keep going on his own track of the conversation. These situations can start out on an even keel, but then the man takes over. This (and I hate to keep harping on this) is because it puts them at a higher status. They are the information giver. They have something that the other person supposedly wants. Women, in seeking rapport, tend to downplay their expertise. Men are quite willing to take center stage.
But a strong heroine, especially one in a dangerous situation is less likely to worry about rapport. She’s worried about getting out of the situation. She isn’t going to fall back on creating connections. She wants to create an escape.
I teach CPR and I find this with a lot of the male instructors. They automatically take over or become lead instructor. And I’m a pretty strong personality so they don’t really get away with it.
Deborah Tannen in You Just Don’t Understand talks about how different conversations are with men and women in terms of what she does for living. Specifically she talks about social functions.

My experience is that if I mention the kind of work I do to women, they usually ask me about it. When I tell them abut conversational style or gender differences, they offer their own experiences to support the patterns I describe.
But when I announce my line of work to men, many give me a lecture on language – for example, about how people, especially teenagers, misuse language nowadays. Others challenge me, for example questioning me about my research methods. Many others change the subject to something they know more about.

Psychologist H. M. Leet-Pellegrini wanted to discover which was more important to determining who would act in a “dominant” manner, those of a certain gender or those who have expertise in a subject. She set up pairs to discuss TV violence’s affect on children. The pairs were either two men, two women or one of each. In some cases, one of the partners was an expert on the subject. The experts definitely talked more, but the male experts talked more than the female experts.
Non-expert women gave more support to their partners regardless of whether that partner was an expert or not. Men who were not experts on the subject were less likely to give support to the women who were the expert. In fact even if a woman was an expert she tended to give supportive statements to the non-expert man.
When an expert man talked to a non-expert woman, he tended to control the conversation, though if he was talking to another man, expert or not, he was less likely to control the ending of the conversation.
In other words, when a man has expertise he isn’t challenged about it by a woman, but will be by a man.
It all goes back to jockeying for status. To do that the man must challenge the authority.


Chris Redding lives in New Jersey with her husband, two kids, one dog and three rabbits. She graduated from Penn State with a degree in Journalism.  When not writing she works for her local hospital in the Emergency Services Department. She has been writing for thirteen years and has five books published. 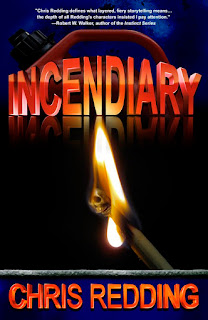 What if your past comes back to haunt you?

Chelsea James, captain of the Biggin Hill First Aid Squad, has had ten years to mend a broken heart and forget about the man who’d left her hurt and bewildered. Ten years to get her life on track. But fate has other plans.

Fire Inspector Jake Campbell, back in town after a decade, investigates a string of arsons, only to discover they are connected to the same arsons he’d been accused of long ago. Now his past has come back to haunt him, and Chelsea is part of that past.

Together, Chelsea and Jake must join forces to defeat their mutual enemy. Only then can they hope to rekindle the flames of passion. But before they can do that, Chelsea must learn to trust again. Their lives could depend on it.